Whales are majestic beasts, they float with grace and power, dwarfing all other sea creatures in their path—and that’s just what you witness through the lens of a camera on television.

In order to really experience how special these massive salt water mammals are, you’ll need to figure out the best place for whale watching. Find a way to visit and watch them in-person at the nearest location to you .  In order to do that, you’ll need to do a little planning and preparation.

First, you’ll need to narrow down just what type of whales you’d like to see, or simply figure out the closest and most convenient location to visit where the whales congregate in large numbers, giving you the best shot at seeing them.

All About the Best Places for Whale Watching 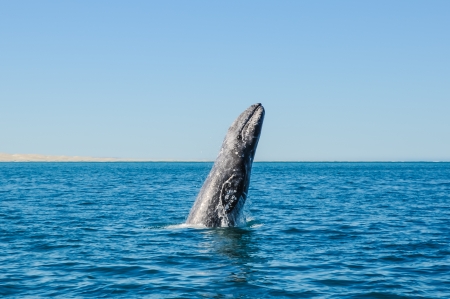 The Time is Right For Whale Watching 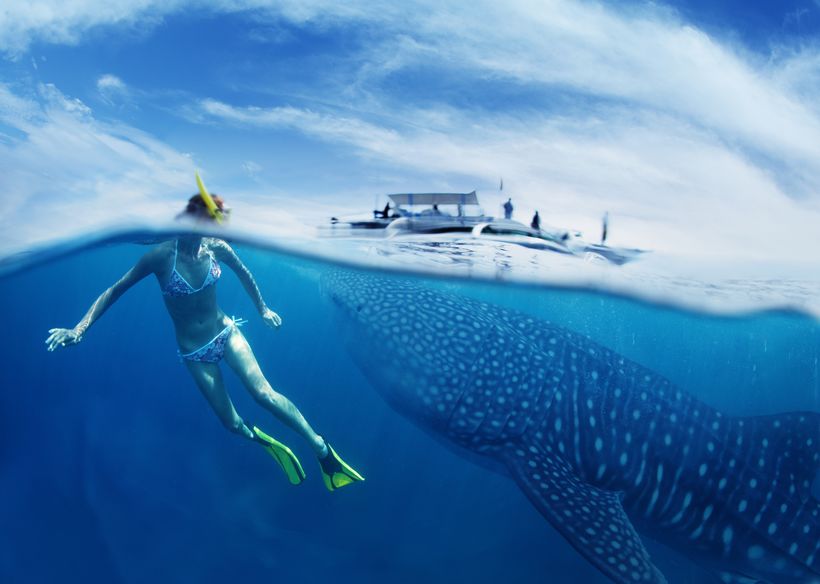 Populations of whales have seen very drastic swings in the past century, to say the least.  After commercial whaling was officially banned in 1986, whale numbers have risen to the point where whale watching has actually become a viable and reliable industry.

It’s now a massive multi-billion dollar industry around the world, with tens of millions of people racing out the waters to go witness their beauty.  The great part about whales is that their migration paths are long and span across multiple continents, giving plenty of countries a realistic shot at visiting a nearby coast to watch them.

Over 119 countries, actually, have whale watchers either on the beaches or in boats riding alongside whales as they breech, dive, spout, fluke, and even play along.  Whales are strikingly intelligent creatures, they are more cognizant of their surroundings than you would think.  If you browse a few videos of whale watchers online, you can find some very interesting behaviors. 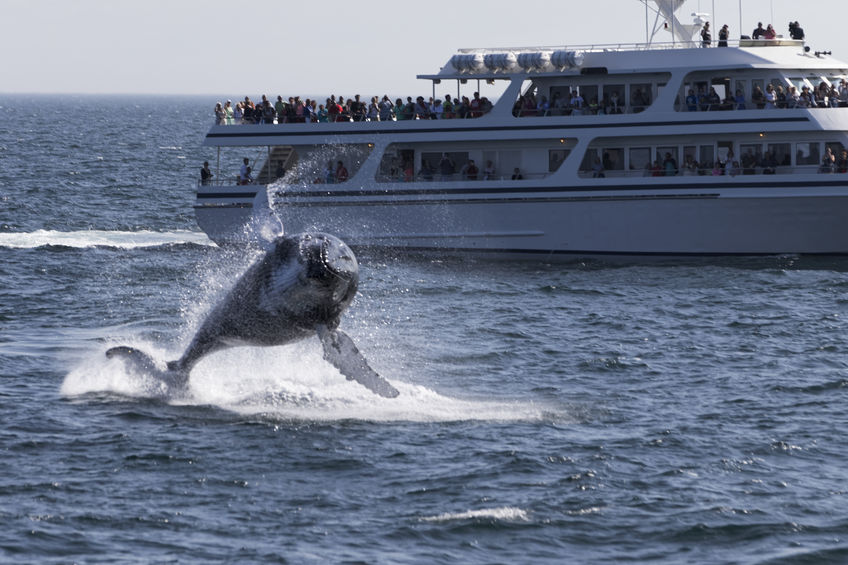 Whale watching experience off the coast of Atlantic on a Whale Watching Tour Copyright: www.123rf.com/profile_andreiorlov

Well, there is some planning and a good amount of patience involved, of course, if you want to see them for yourself.  First you need to narrow your trip down to selected best places for whale watching Ie. hot spots.  Whales are constantly on the move, even if they technically stay in one area for a period because their feeding and breeding locations are so far apart making the best place for whale watching change from one time of the year to another.

Now, even when you are technically inside a whale “hot spot”, you still have to rely on Mother Nature to cooperate; the weather can throw things off sometimes.  Patience is a virtue when whale watching, but it always pays off in the end.

There are some whale watching tours that promise 99% success in sightings or your money back, so that would be a good place to start for first-timers. You may also have a favorite whale in mind like the popular blue whale to see so you best make sure they are in the area. Check with the guide service beforehand so you will not be disappointed.

If you’re having trouble deciding where you want to go and/or which whales to seek out, here’s our list of the most popular locations around the world for watching whales:

It’s freezing cold up there, but Alaska sure does deliver the heart-warming moments when it comes to meeting wildlife.  Humpback whales are the stars of the show here, they will be in a feeding frenzy during the month of August, where you can witness them hunt in tandem with huge acrobatics and fish by the hundreds.

Wonderful area on the east coast of Canada to add to your best places for whale watching. Right on the back door and a short trip for people from Ontario, Quebec, and the Eastern United Stares to get to by plane, train or automobile. Tremendous opportunity to go for both whale watching and viewing sea birds on this ocean island of Brier. Check out the Brier Island whale watching and seabird cruises when you visit.

Unlike many locations on our list, Western Cape is an ideal location for those who don’t or can’t watch from boats at sea, as the whales here are clearly visible from the coast’s designated locations.  You can even watch from the comfort of a shoreline restaurant or from your own hotel room.  Best times to visit is during early October when their numbers peak.

Why not visit the lovely island of ice and see a menagerie of whales—they’ve got Minke, humpback whales, blue, and killer whales, take your pick.  Of course not all of them are easy to spot all at the same time, but no matter which ones you find, there will always be a magical opportunity to capture that iconic Iceland horizon with a great view of the whales in the ocean.  We recommend taking your first trip to the capital, Reykjavik in June to look for blue whales, and if not, you’ll likely get to see some Minke whales and/or orcas. 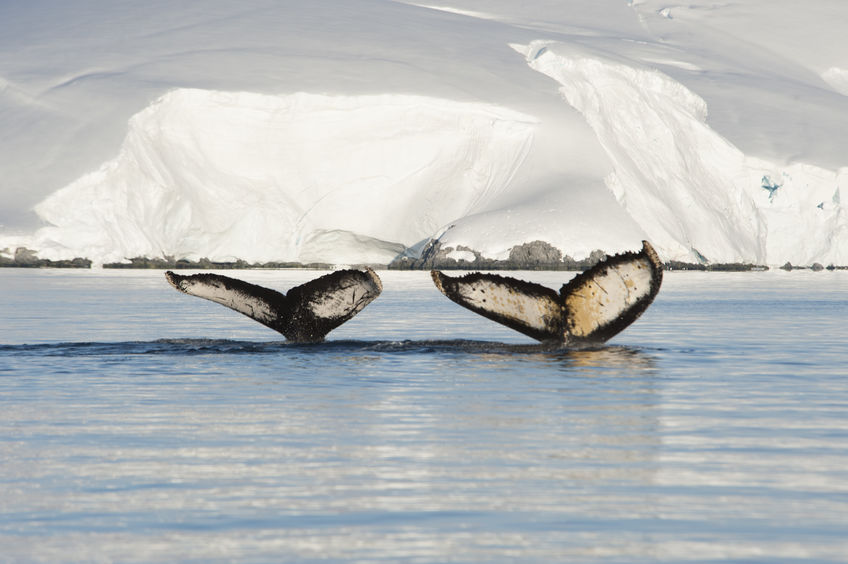 Some travelers who follow whales closely prefer to combine their trips to Alaska with the Canadian Arctic.  It’s sort of smart, as you’ll be used to the cold by the time you get to Canada.  You’ll get see some of the most fantastic whales in the Canadian Arctic, namely the belugas, bowheads, and the ocean unicorns: the narwhals.

The best part is how easy it is to spot these whales, as you can plan whale watching right along their routes at the edge of the ice.  August, as with Alaska is a prime time for whales here, too.

You’ll find a good selection of whales here along the best places for whale watching on the Pacific coastline in Mexico: grey whales, humpback whales, blue whales, Bryde’s whales and dolphins, too!  Often a popular hot spot for spring breakers, although the best time to visit is just before it, between February and April.

Same goes for Monterey Bay, just a few miles north.  Catch multiple species of whale and fish converging onto one big migration crossroads where feeding and breeding takes place in a massive aquatic show, starting in April, all the way into winter.  This is a must-see spot for all Americans who live on the West coast.

Why not continue your whale watching journey further into the Pacific, until you stumble upon everyone favorite island paradise in America.  Going from November all the way through Spring, whales migrating from Alaska arrive to give birth to new life.  You can spot them from a safe distance at designated viewing stations or get on a boat and watch the frolicking of newborns and moms together.

Also known as Burma, this tropical paradise is also shared by many beautiful aquatic visitors.  Blue whales are the most popular showings, usually around February and the middle of March, but sperm whales are also prevalent here when it’s time for feeding.  They dive deep to go after giant squid, so you’ll need to be patient to spot one.

If you missed the humpbacks or Minkes in Iceland, you’ll get plenty of chances to see them when you visit Cape Cod.  It receives a steady flow of various whale species throughout the year, with the best opportunities in the summertime, perfect for travelers who want to avoid the freezing temperatures.

Set your sights, mark your calendars, and bring plenty of storage space for the pictures and video before you head out to your first whale watching.  You don’t want to miss anything! 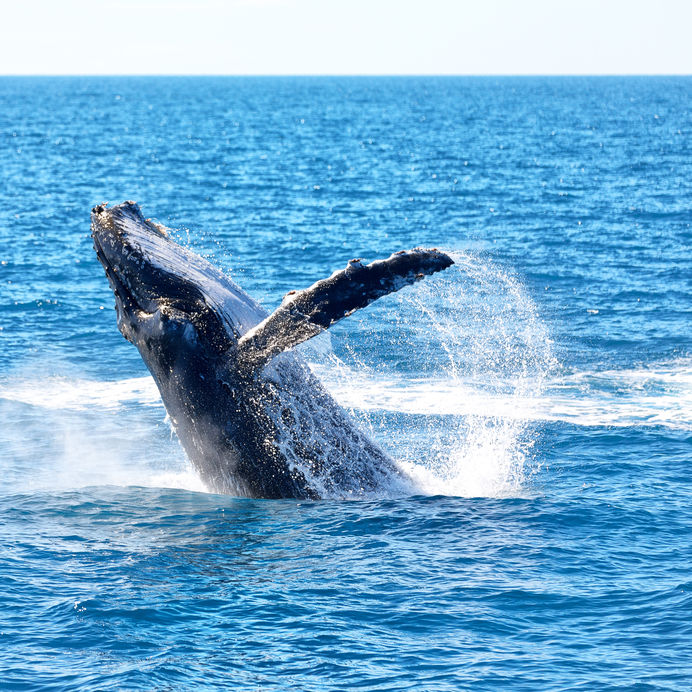 Beautiful Whale Watching Image as it Breaches Half Way out of the Ocean Copyright: www.123rf.com/profile_lkpro

Whales belong to the order cetacea, which includes whales, dolphins and porpoises. Whales are divided into two suborders: baleen and toothed whales. Baleen whales have a comb-like fringe, called a baleen, on the upper jaw, which is used to filter plankton, as well as small fish and crustaceans.

They are the largest species of whale. Toothed whales have teeth and prey on fish, squid, other whales and marine mammals. They sense their surrounding environment through echolocation.

The Fact is Whales are Mammals, Not Fish

Despite semi-common belief, whales are not fish, they’re mammals. Like all mammals, whales breathe air into lungs, are warm-blooded, feed their young milk and have some (although very little) hair.

Their bodies resemble the streamlined form of a fish, while the forelimbs or flippers are paddle-shaped. The tail fins, or flukes, enable whales to propel themselves through the water.

Most species of whale have a fin on their backs known as a dorsal fin. Beneath the skin lies a layer of fat called blubber. It serves as an energy reservoir and also as insulation. Whales breathe through blowholes, located on the top of the head so the animal can remain submerged.

Baleen whales have two blowholes,while toothed whales have one. Beneath the skin lies a layer of fat called blubber. It serves as an energy reservoir and also as insulation.

Whales breathe through blowholes, located on the top of the head so the animal can remain submerged. Baleen whales have two blowholes,while toothed whales have one. Seeing whales surface and blow off through these blow holes are just one of the many reasons we enjoy watching whales.

The diet of whales vary considerably depending on the breed. Some more predatory whales like to feed on other large aquatic mammals, while others get most of their energy by swallowing up large amounts of water and digesting the plankton and small plants that drift into their massive mandibles.

Also favored by some whales (such as gray whales) are shrimp, larvae, crabs, krill, capelin, and squid. Basically, anything they can get down their gullets. An entire school of small fish could be swallowed up by a whale if they find themselves in this unfortunate situation.

Whales are Big In Size

A whale’s biggest advantage over adversaries is its size. The size discrepancy between whale species is enormous. Some small whales, such as the narwhal or the beluga whale, only grow to about 14 feet in adulthood.

However, some huge whales, like the finback and the blue whale, will find themselves growing to between 70-90+ feet over their lifespan. These creatures are not only very large but extremely heavy due to their high concentration of fat. Whale watchers always hope their favorite spot will hold such beautiful creatures for them to take sight of.

A fully grown blue whale, the largest in the whale family, will weigh out at an astonishing 150 tons, or 300,000 pounds. The North Pacific whale can grow over 100,000 pounds, and even the little narwhal will weigh over a ton by the end of its lifecycle.

Under Threat and Need Protection

The whale population is more or less at risk due to climate change (which affects the population of their biggest food sources) and whaling, the practice of hunting large whales for their blubber and resources. Thankfully, there are protection groups seeking to help solve this problem.

Groups like the Defenders of Wildlife have written into their mission that they will stop at nothing to preserve this miraculous creature. There are many ongoing projects and proposed ordinances which aim to slow down and eventually reverse the threats facing whales which will make whale watching much more enjoyable and sustainable into the future.

These groups are needed to protect whales so that we can continue to enjoy our best place for whale watching nearest to us. Please share this page for the love of whales and watching them from our favorite places out on the ocean. Thank-you. 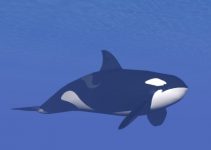 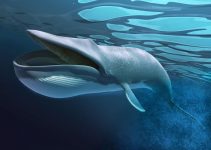 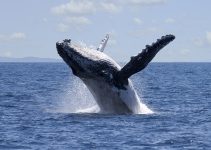