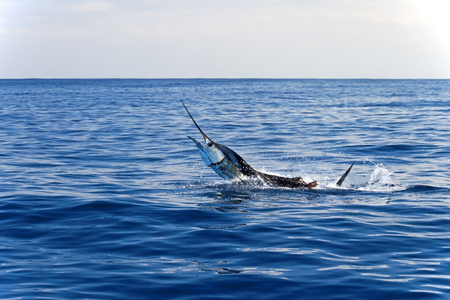 Marlin Fishing in the middle of the sea. Copyright: www.123rf.com/profile_cicloco

Deep Sea Fishing marlin is a crowd favorite among the top anglers of the world due to their sheer size and animosity. These fish are big, bad, and mean. As far as deep sea ocean fishing goes, billfishing (another term referring to marlins) is near the top of the expert list.

There are four species of marlin commonly found in various parts of the world: blue marlin, white marlin, black marlin, and striped marlin.

These monsters are commonly found in the Atlantic and Indo-Pacific oceans, widely distributed throughout tropical regions due to their preference of warm water. Most marlin tend to avoid waters dropping below 68℉. 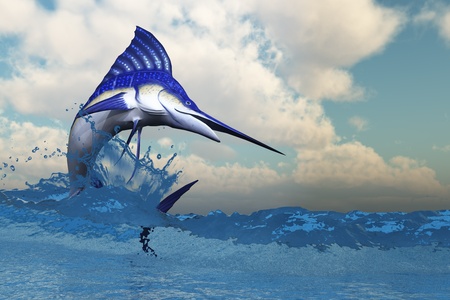 Marlin – a blue marlin shows off his beautiful colors when bursting from the ocean. Copyright: www.123rf.com/profile_catmando

Male marlin rarely exceed 330 pounds, but females can grow to be much larger. One of the heaviest marlin ever caught in recorded history was over 1,800 pounds! The group of anglers who caught this beast in the early part of 1970, led by Captain Cornelius Choy, coined the term “Choy’s monster,” which is still widely used to describe these huge fish.

The most prized catch out of the four common species is the large blue marlin, due to the more common “granders” (fish exceeding 1,000 pounds) found among these fish. 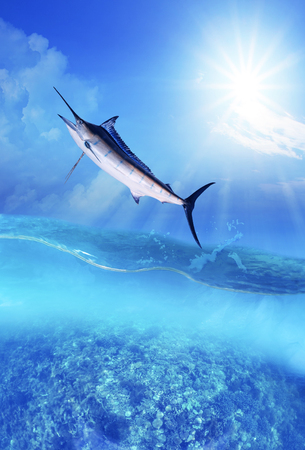 Depending on the size of the catch, there are several techniques commonly used by anglers aiming to find marlin. It is commonly noted that they are particularly receptive to splashing or bubble trails presented by well placed lures.

Artificial lures are very common for this style of fishing, but natural bait can also due the trick depending on sea conditions on a given day. Spanish mackerel and ballyhoo are noted as being quite delicious in the eyes of marlin.

However, due to their aggressive nature, it is said that one should avoid fresh bait if possible as marlin can tear it directly off the hook and escape the lure. This is why artificial luring is preferred when possible.

Skippers operating from the Kona coast of Hawaii are credited for starting this style of marlin fishing, with early anglers using casts made of wood or towels and attached to rubber tubes. The simple design is still common today: a shaped plastic or metal head to which a plastic skirt is attached. This lure is then trailed through the water, usually side to side, which will trick the fish into following.

Once the marlin is in sight, it’s time to strike. Some anglers use live-bait (usually skipjack tuna), but this only works in small contained environments. Otherwise, your prey will easily take the tuna and run merrily off.

Fishing speeds for these fish vary from 7.5 to 9 knots, but larger fish can swim up to 17 miles per hour, a much quicker 15 knots. As with most kinds of fishing, it is vitally important to know approximately what size and breed of marlin you’re aiming for so you can fine-tune your equipment as well as your methods and technique accordingly.

This will result in a more accurate fishing-style and a much higher chance of closing the deal. Another factor to be taken into account is the location: Are you fishing out of the Bahamas? The western Atlantic? Perhaps Brazil? Different marlin are found in different parts of the world, and they all behave with slight variations.

Now that you have the tools and knowledge necessary, it’s time to go try your luck fishing the great but evasive marlin. It will be quite the tiring endeavor, your forearms and shoulders will be burning for sure, but it will most certainly be worth it once you throw that baby on the grill. The sweet succulent meat of a marlin is often compared to swordfish or tuna. Yum!

How to Deep Sea Fish for Marlin

How  Marlin Fishes for You 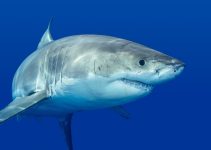 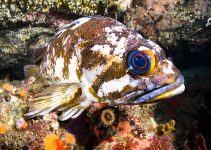 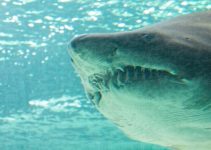